Assuta. For your good Health

After positioning itself as the best medical service provider in the field, Assuta is now using its brand power to collaborate with third parties

Assuta, the hospital and medical institute chain, is currently owned by Maccabi Healthcare Services. The brand initially began as part of a cooperative of Fifth Aliyah German physicians, who in 1935 decided to found a private hospital named “Assuta.”
The hospital was run as a partnership by its 30 founding physicians, who invested some 40,000 liras in the project. When the hospital opened, it revolutionized the medical system, as it allowed its patients – over 80 years ago – to choose their own doctors.
In 1986, Clal acquired the hospital and operated it for 15 years.
This year Assuta is celebrating its 80th anniversary.


The Brand’s Development
In the early ’90s, Maccabi Healthcare Services realized that if it wanted to become a major player in the healthcare market, it needed to create its own hospital admittance system. Instead of starting from scratch, Maccabi decided to first purchase Ramat Marpe, and then to acquire Assuta from Clal in 1995.
In the years following these acquisitions, both Ramat Marpe and Assuta operated as two separate brands. In the early ’00s, though, the company began merging the two under the Assuta brand. At the same time, the company moved forward with additional acquisitions, in order to expand its existing facilities and develop new ones, thus establishing Assuta as a hospital chain.
In 2009, Assuta Hospital in Ramat HaHayal was opened as the company’s flagship. The new hospital greatly contributed to positioning Assuta as a medical institute where one can (and should) choose to undergo any medical procedure they might require, from the most minor procedure to brain and open-heart surgeries.
With the opening of Assuta in Ramat HaHayal, a new campaign was launched under the slogan: “Assuta. A standard of health.” The marketing strategy compared Assuta to the current healthcare norm, since services that were considered special privileges in other hospitals, such as private rooms, choosing your own doctors, a short waiting list and cutting-edge technology, were provided by Assuta as the general standard of care. 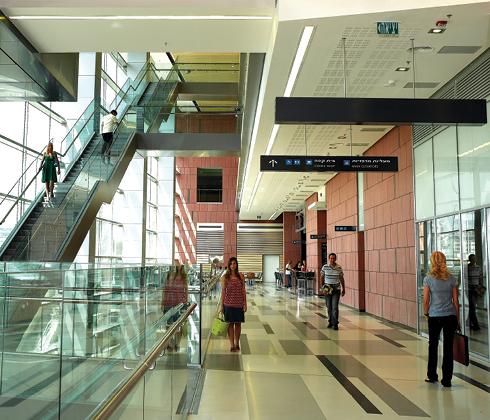 Referring to a “standard” was not only used as a marketing tool. Rather, it was assimilated into every medical activity at Assuta, including nursing and administration, in an effort to continually redefine the standard of care according to which the medical field in Israel conducts itself.
For this reason, Assuta founded a service department that set standards and emphasized a different healthcare experience that is becoming the common benchmark for the entire healthcare community. These include patient transportation services, post-release monitoring, a quick clarification diagnosis unit, a recovery center and adhering to a service level agreement.
Assuta also introduced advanced technologies into the hospital, including a new oncology center with the most advanced equipment in Israel, surgical robotics and digital imaging instruments.


The Marketing Challenge
Every medical institute’s most valuable asset is its credibility among its clients. Therefore, unlike other brands that can invest a great deal of money in advertising, a medical establishment that frequently advertises its services may be perceived as unreliable, as if it were trying to cover up its shortcomings with expensive advertising. For this reason, the challenge that Assuta faced was to find the right way to promote its brand, which has been built over several years, without hurting its credibility.


The Creative Solutions
One of the solutions to this challenge was to showcase Assuta’s brand power through its collaborations with a third party that relies on Assuta and references it in its own advertising. An example of this is Assuta’s working with Harel Insurance to issue a policy under the name “Quick Clarification.” Costumers insured under this policy are eligible to receive Assuta’s speedy referral services, allowing them to undergo all the necessary diagnostic procedures within 72 hours. Assuta also collaborated with Phoenix Insurance to create an oncology-focused policy, which allows patients to manage all their medical records in one place. Both insurance companies utilize Assuta’s brand and abilities in order to promote their policies.
In addition, Assuta is working with agents specializing in Russian medical tourism, which allows them to use the Assuta brand as a standard of care for the services provided. As part of this cooperation, travel agencies throughout Russia offer medical tourism packages under the Assuta brand.


Product Innovation
In order to encourage potential clients to choose Assuta for all their medical needs, the company has launched a line of added value products that helps streamline what can be a complex medical system:
The Assuta Professionals Center. In many cases, a person seeking a diagnosis or medical procedure would first search for a medical professional, but where does one find such an expert? To meet this need, Assuta founded the Professionals Center, which aims to match each client with the appropriate medical expert, selected out of the pool of physicians on hand at Assuta. In addition to providing clients with an important service, the Professionals Center also helps build a loyal client base that will continue to use its services when in need.
The Quick Clarification Unit. The diagnosis process characterizing many serious illnesses can be long and exhausting for many patients. To address this problem, Assuta offers the option to finish all necessary tests within 72 hours.
Case Management. Many patients find it difficult to navigate a complex medical framework that involves meeting with several different physicians. For this reason, Assuta created a case management service that provides clients with one contact person who manages their entire medical file and procedures with various experts.
Doc Advisor. In recent years, feedback on products and services has become an important part of consumers’ decision making process. For this reason, Assuta began asking each patient to complete a satisfaction questionnaire that focuses on four parameters: professionalism, courtesy, availability and cost. The data are then made available to clients online, allowing them to view physician ratings and select those who scored highest in the measure that is most important to them.

Things You Didn’t Know About Assuta